Think back to when you were a teenager. For some us, that was quite some time ago! Did you ever hear anything back then that, years later, was “taken back”? I can remember when, if you were trying to lose weight, the scientists said counting calories was the way to accomplish that goal. Fast forward 10 years or so and those same scientists decided to take that back and tell us that counting carbs was the way to lose weight. Fast forward another 10 years and they took that back and said watching the fat content of your food was the way to lose weight. What they’re saying now….well, I don’t know anymore. But, what really changed? Unless you’re a conspiracy theorist, scientists studied harder, had better equipment, and study groups that had been around for a longer period of time, but basically they just got smarter.

The same is true of the Home Performance Industry. Many, many years ago scientists thought that crawl spaces needed to be ventilated regardless of what kind of ground they were built on (meaning concrete or dirt floor). The idea was that fresh air needed to be brought into and circulated throughout the crawl space. These scientists thought that this circulated air would remove moisture that would build up in the crawl space. The vented area would now remain clean and dry because fresh air was being introduced to the crawl space regularly, thus removing moisture.

Although this situation was present back in the day, the “scientists” decided, for whatever reason, to ignore the facts that were staring them in the face the whole time. Ahh…..human nature can be a funny thing…and pride goeth before a fall.

Now, during winter months (or cooler months) the same thing happens. Cooler, drier air enters through the crawl space vents and comes in contact with the warm duct work and….here comes that fancy-pants word again…condensation occurs. Those water droplets are once again encouraging mold and mildew growth to occur in your crawl space.

Mold can spread rapidly. With it comes a myriad of health problems stretching from headaches and nosebleeds to serious respiratory issues, pulmonary injury and even cancer. If you or someone in your household doesn’t know he/she has a sensitivity to mold, it can be a long drawn-out process of elimination for doctor’s to figure out just what is causing the illness or irritation.

If the idea of having rampant mold and mildew growing in your crawl space isn’t enough reason to have your crawl space fixed, then consider this…exposure to water, even simple dampness, will also promote rot. What’s going to rot? The wooden floor joists and subfloor that are providing a foundation for you to stand on inside your house. If you’ve noticed some “soft spots” in your floor, you need to have a professional check your crawl space for wood rot.  We’ve been in several homes where the owner actually stepped through the floor because the subfloor underneath rotted away. It’s a whole lot more expensive to repair if you’ve fallen through your floor than it would be to fix it now. Not to mention the serious injury you or a loved one could suffer.

Still not convinced that your crawl space needs to be fixed? Wow! Tough crowd today. OK. I can give you another reason. Ever smell something musty inside your house? You’ve looked everywhere, taken out the trash, put the sweat socks in the dryer and emptied the litter box, but can’t figure out where it’s coming from. Chances are it’s coming from your crawl space. The mold, mildew and wood rot we discussed above can cause all sorts of odors to develop inside your crawl space. We’ve also been in crawl spaces with sewer line leaks….YIKES! That means, at the very least, that trace amounts of human waste is sitting in your crawl space! And since most homes are leaking like sieves, it’s very easy for these odors to make their way into your house. What’s more, the only way to get rid of the smell is to have your crawl space fixed. 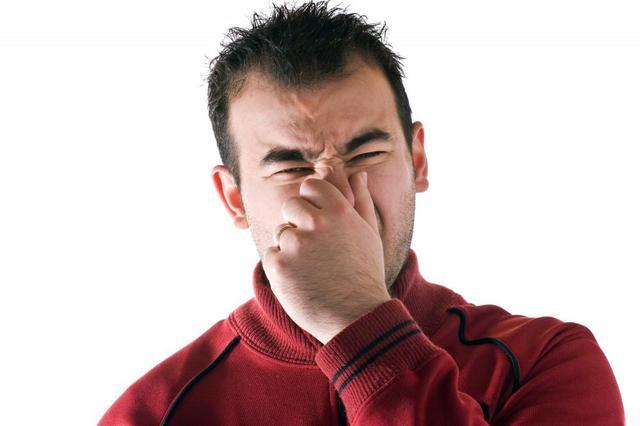 Maybe I still haven’t struck a nerve for you. How about this…did you know that dark, damp crawl spaces are irresistible to mice, rats and snakes? Ooooooo….I think that really got your attention! Next time, I’ll lead with this! Yes! Your dark, damp crawl space is the perfect breeding ground for these critters. And yes, you heard me correctly, not only will these creatures be attracted to your crawl space, they’ll love raising the family in there! And to think that this is yet another reason crawl spaces should NOT be vented. Sometimes the actual vents have gaps big enough for these animals and snakes to crawl through without any real effort. What’s more, if you have any openings from your crawl space into your walls, these critters can actually move throughout your house, behind your walls…sounds like a horror movie waiting to happen. I’m not kidding here. I went to an attic insulation job where our installer found multiple live snakes in the attic of this house! Needless to say, that is one job neither one of us will forget! How did the snakes get up there? They came in through the crawl space and managed to writhe their way up the inside of the walls and into the attic. Strange, creepy, gross, but true.

Since we seem to be on the critter vein, let me continue with 3 more potential household pests to add to the arsenal of invaders….insects, dust mites, and spiders. Even a relatively dry crawl space invites unwanted pests such as insects, dust mites, and spiders. Insects inhabiting crawl spaces range from a wide variety of bees, to dust mites to a multitude of species of spiders, including the brown recluse and black widow here in Central Kentucky. 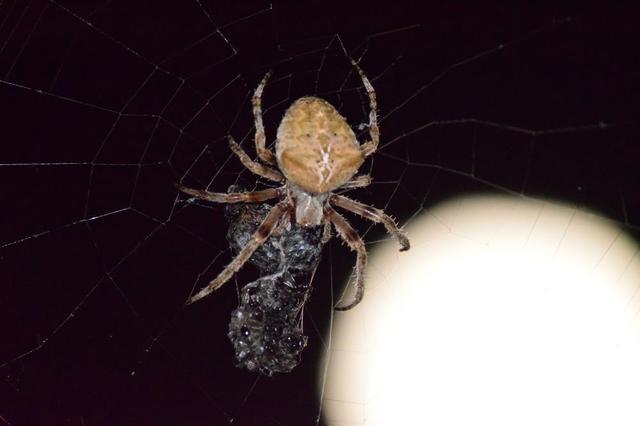 Since I know there are many people out there who are allergic to bee stings, I thought I should make you aware of the fact that crawl spaces are a known habitat for bees. That’s why all our crews keep cans of bee killer in their trucks. Add to that dust mites, which many people have allergies to, and spiders (some of which are poisonous) and you have another fantastic reason to have your crawl space fixed. I mean, have you seen what a brown recluse bite can do to your skin? Now, I’m not saying your crawl space will never have a spider in it if you have it fixed, but I am saying that your crawl space can be made more unattractive to insects and spiders and the like.

Because crawl spaces can provide the perfect conditions for mold, mildew, insects, dust mites and so forth, it means they can also be held responsible for aggravating your allergies. When known allergens are present in your crawl space, they are going to end up inside your house….unless you take measures to deter this from happening. Since most houses that have crawl spaces have duct work in that area, and since most duct work is leaky, these allergens and air pollutants are sucked into your ducts and are then dispersed throughout your whole entire house. It’s bad enough when you dread going outside because the pollen count is high or ragweed is in full bloom, but to suffer from allergies inside your own home? That’s not acceptable! You don’t have to live like that! Having your crawl space fixed can decrease the presence of allergens inside your home.

I don’t know about you, but I was convinced at mold.

The best way to fix your problems is with crawl space encapsulation. Of course, you want to have any damaged floor joists fixed, mold removed and duct work sealed during the process of encapsulation, too. The company I work for uses special plastic sheeting, heavy-duty adhesives and unique drainage matting (if needed) and can also install the coolest crawl space hatch cover that won’t rot! You don’t have to live with a damp, moldy, critter friendly, insect infested, allergy aggravating, disgusting crawl space anymore. You deserve better!