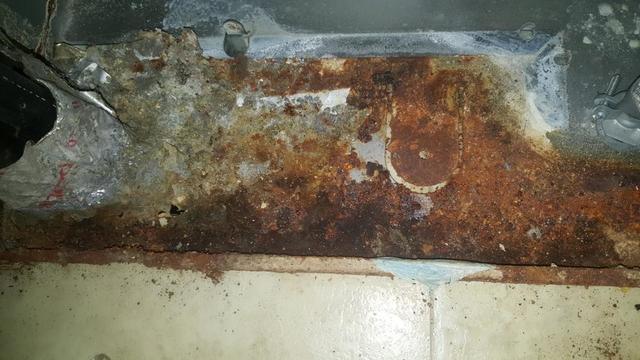 Are you ready to learn more about your Crawl Space? I mean, after all, we are in the midst of Crawl Space Season in Central Kentucky!

Several weeks ago I blogged about the Clean Space Crawl Space Encapsulation system we offer. In that blog, we discussed a couple of reasons you should have your crawl space encapsulated. Today, we’re going to dive a little deeper into the hidden dangers lurking in your crawl space.

Here in Central Kentucky, we experience high humidity levels for the better part of the year. This means that your crawl space is, at the very least, damp. This dampness may not be evident in the soil (so that can actually see dampened dirt), BUT, that doesn’t mean the AIR isn’t full of water molecules. When ground temperatures rise outside, your crawl space probably stays pretty cool. However, unless your crawl space has been encapsulated (just a fancy word for enclosed or sealed up), the warm, humid air from outside is infiltrating your crawl space. This     warm air is mixing with the cool air inside your crawl space and condensation forms on the cool surface inside the crawl. This includes your duct work and HVAC components. This moisture will cause metal duct work and metal HVAC components to rust. Rust particles can then be transported throughout our house by way of the duct work. In addition, rust can damage HVAC components which could cause your system to malfunction, leading to system replacement well before you should have to deal with something of this magnitude and expense. Rusted furnaces can leak the dangerous gas carbon monoxide into the crawl space and into your house by way of the duct work. Carbon monoxide is called the silent killer because it is odorless and tasteless.

Our technicians have been in a TON of crawl spaces. ALL of them showed signs of insect and/or rodent infestation. Wasps and other bees have been found nesting in crawl spaces which may not be much of a problem for those who aren’t allergic to bee stings. BUT, for those who are, the presence of bees in a crawl space can be an imminent danger. Rodents, such as mice and possums, have also been seen (or evidence discovered)  in nearly all of the crawl spaces we have been in. Rodents love the cool crawl space in the summer months, and the warmth of the crawl in the winter. PLUS, they enjoy using the insulation for nesting and bedding materials. The presence of such rodents presents a health hazard as the dried bodily wastes they leave behind eventually disintegrate and are sucked into the rusted duct work and dispersed into your house. Now, we have several guys on our crew who aren’t scared by such things, and, they have actually been known to throw the snakes they have found in people’s crawl spaces at each other! So, yes, I’m saying you very well could have snakes in your crawl space. Knowing that we do have the poisonous copperhead in Kentucky, are you sure you’re not interested in having your crawl space issues resolved?

Don’t you just love going outside on a hot summer morning and being covered in a layer of sweat by the time you walk the 25 feet to your car? I know I don’t! Because of our higher humidity levels here in Central Kentucky, crawl spaces are wonderful places for mold to grow, develop and spread. Remember, warm air from outside has been infiltrating your crawl space all summer long and mixing with the cool air of the crawl to create condensation on the materials inside your crawl space. Where moisture is present and left unchecked, mold will grow. We see mold on batt insulation, items left in the crawl space, and on floor joists and sub-flooring. Mold spores can become airborne and be sucked into that rusted duct system we talked about above. And yep! You guessed it! Transported throughout your house. For those with a sensitivity to mold, this can cause serious health issues. One of the biggest problems with mold is that, unless you KNOW you have a sensitivity to it, it can take doctors months or even years to figure out what is causing your illnesses! The photo below shows a fuzzy white-colored mold as indicated by the red arrow. If you look toward the edge of the photo, you can also see a greenish-colored mold forming. 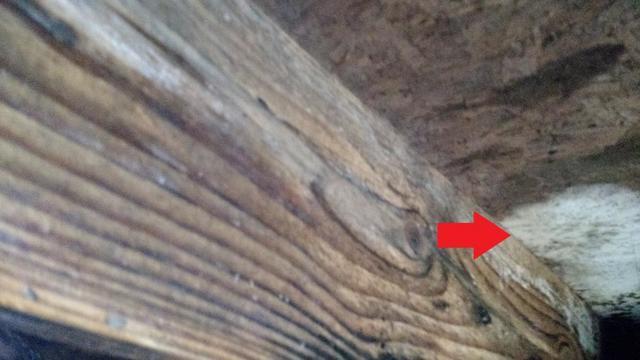 The final hidden danger lurking in your crawl space is a damaged sub-floor and/or floor joists. So, what has caused the damage? Well, moisture, mold, and animals. When we remove a section of floor batt insulation, we normally see evidence of mold and moisture. These things weaken the sub-floor. In some cases, the damage was so extensive that sections on the floor overhead were dangerously close to collapse! Damage to the floor joists can also be the result of mold, moisture and animals. If your floor joists are rotting away, your entire house could be in danger of collapse! Do you know what the condition is of your sub-floor and floor joists? If you can feel soft spots in your flooring when you’re walking through your house, this could indicate rotting sub-floor or floor joists. 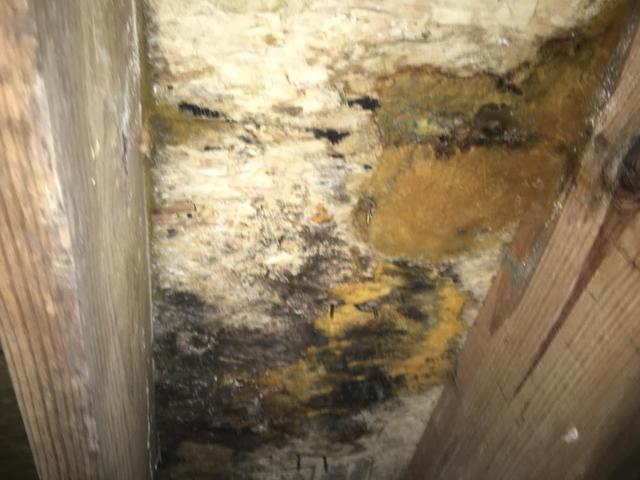 We’ve already touched on this one because we have discussed how rust, rodent droppings and mold can be released into the air of the crawl space and then sucked into that rusty duct work. Do you want to breathe the air inside your crawl space as it is right now? Probably not! That’s because you now know that the air in your crawl space is compromised. It likely contains a myriad of pollutants, some of which you may be allergic to. Even if you’re one of the lucky ones whose crawl space is actually pretty dry, if you have allergies to dust, mites and animal dander, your crawl space is still contributing to your health issues because your duct system is still leaky (even if it isn’t rusty).

Your crawl space should be checked and evaluated regularly, especially if it hasn’t been encapsulated. Having your crawl space encapsulated can reduce the effects of the items we spoke about above. Your health and personal safety could be at risk.

The company I work for provides crawl space evaluations AND they offer the actual services to fix your crawl space. This is the perfect time to have that nasty, dirty, dangerous crawl space taken care of… before the possums settle in for the winter!